In 1843 the King of Copenhagen granted Georg Cartensen, permission to open Tivoli Gardens. The exotic and elegant gardens were opened to guests for the first time on August 15, 1843. Fairytale write Hans Christian Anderson was among the first visitors and some say this visit inspired him to write his story, “The Nightingale”.

The stories of Hans Christian Andersen are featured in one of Tivoli’s popular attractions, The Flying Trunk or Den flyvende Kuffert. You may sense a similarity to Disney’s It’s A Small World.

Amusement parks had gotten a reputation of being somewhat seedy, but Tivoli was a clean and orderly park with lush flowers, family friendly rides and a fun festive atmosphere. Art Linkletter visited Tivoli in 1952 with Walt Disney and remembers Walt writing down notes about the gardens, seating, rides, food and all of the details that would inspire Disneyland a decade later. 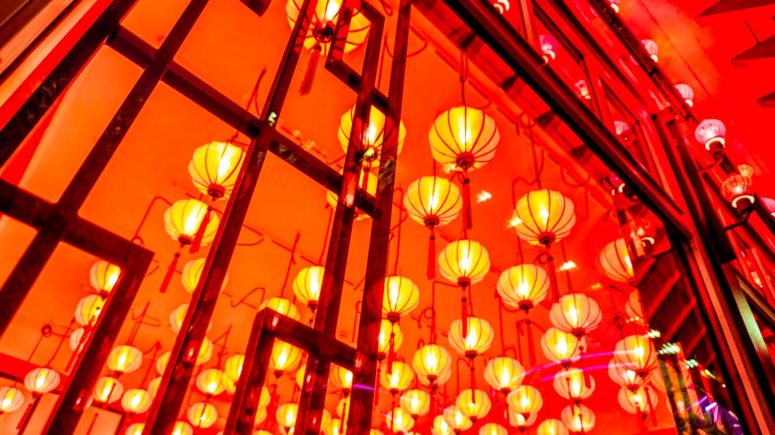 Among the Bamboo Garden is the Japanese Pagoda, built in 1900. Originally it was known as The Chinese Tower until 2009, no one knows why the name was changed. Tea and refreshments are available for purchase inside. 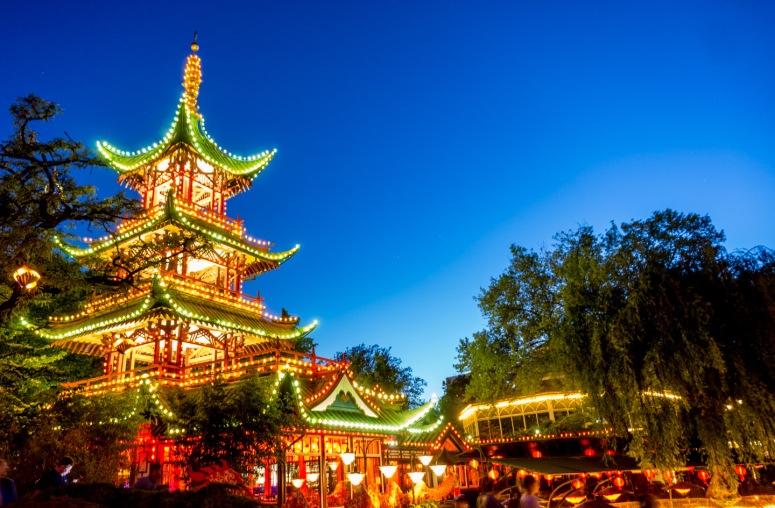 In 1874, thousands of electric lights lit up the night in the gardens, There are approx. 2,800 bulbs on The Japanese Pagoda. The Pagoda was the first of the park’s buildings to get LED bulbs. The twinkling light bulbs are often referred to as Tivoli Lights.

The Moorish Palace in Tivoli is home to luxury Hotel Nimb designed by Knud Arne Petersen. In 1909 Wilhelm and Louise Nimb, who had created a restaurant empireOlder Posts in Copenhagen were brought in to manage the restaurant Divan 2, which still exists. 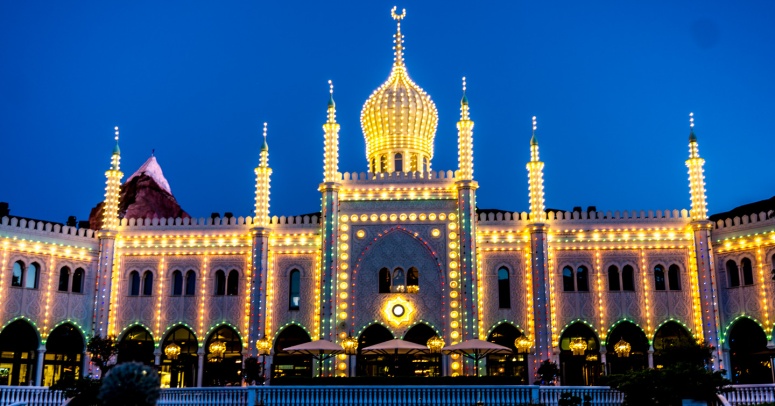 In October 2015 Hotel Nimb was awarded “Hotel of the Year” by Small Luxury Hotels (SLH) from 520 hotels across 82 countries around the world.