Chicago, Chicago, that toddlin’ town… The city of Chicago has some really unique architectural history. The Cultural Center located near the Loop and Millennium Park. when it was completed in 1897 it served as the city’s central library.

The center of the Grand Army of The Republic Memorial hall is a massive Tiffany dome. This massive installation is the world’s largest Tiffany dome and went through a major restoration in 2007. 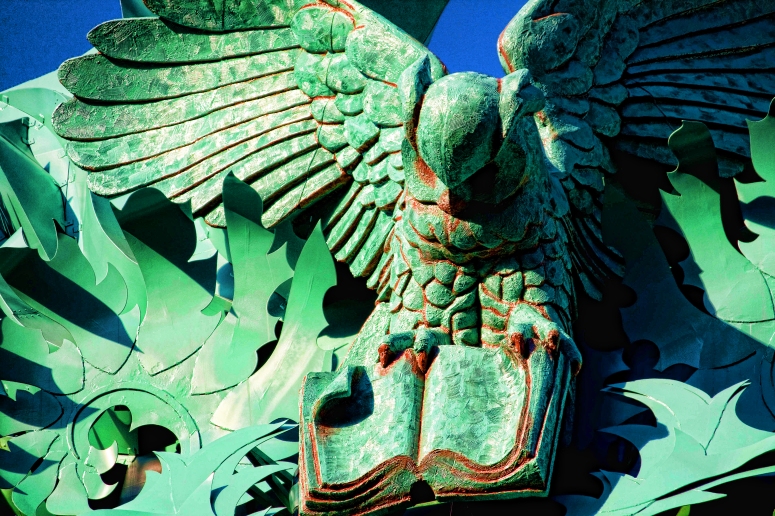 Chicago’s Harold Washington Library replaced the Central Library (now the Cultural Center) in 1987. The roof is adorned with 7 Acroteria or archiectural ornaments. On the corners and center can be found large sculptures of Owls, the symbol of the goddess of knowledge, Minerva. This Great Horned Owl sits over the center of the State Street entrance on Printer’s Row.

Another bird hanging around the loop is the majestic peacock. The Jeweler’s CD Peacock store at State St. and Monroe. The House of Peacock was the first retail jewelry store in Chicago and catered to such big names as Mary Todd Lincoln, Marshall Fields and Mick Jagger.

One of the coolest facades in Chicago has to be the Carson, Pirie, Scott and Company Building. Built after the great Chicago fire, the Sullivan Center as it is known today, was built as a major retail center. Today, the building hosts a Target on the bottom floors, but the ornamentation is still intact. The ornate floral details are bronze cast iron and were meant to appeal to the female clientele. 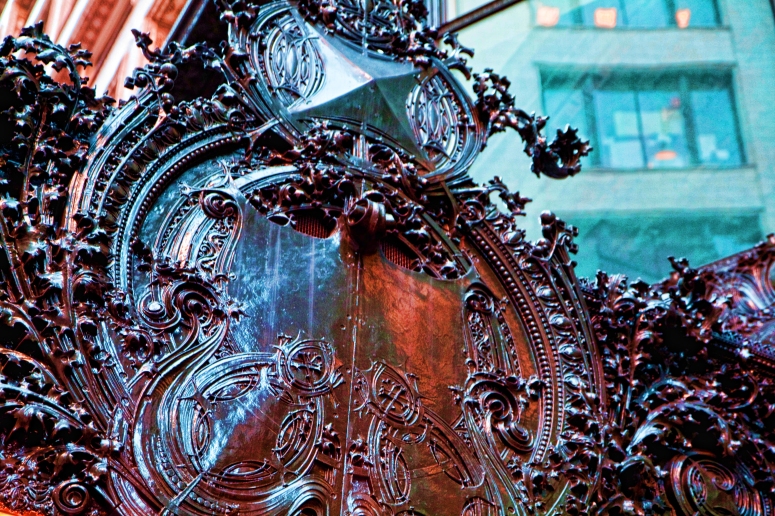 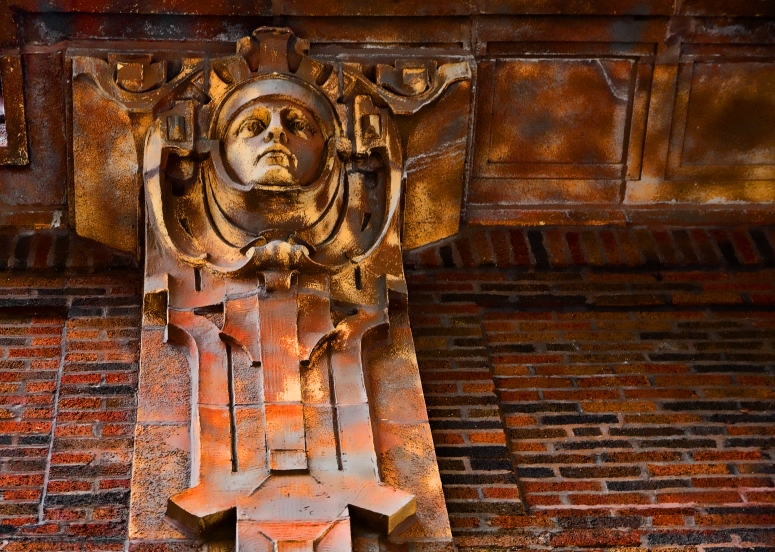 Metropolitan Capital Bank on the Magnificent Mile features details from the Prairie School of the Arts and Crafts movement, Frank Lloyd Wright once had a studio at Chicago’s Tree Studios artist’s enclave.

At one time, the Jeweler’s Building at 35 Whacker Drive was considered the tallest building in the US outside of New York City. Movie fans may recognize the building from Batman Begins and Transformers: Dark of the Moon. 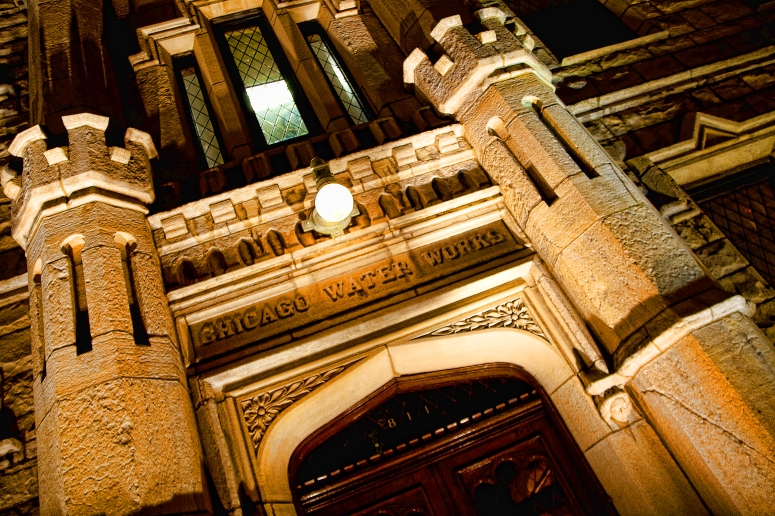 The Chicago Water Tower was one of the few buildings to survive the great fire. It’s tower was built to house a massive pump that would pump water directly form Lake Michigan. Built from Joliet limestone, it stands 154′ tall, Oscar Wilde said it looked like “a castellated monstrosity with pepper boxes stuck all over it. 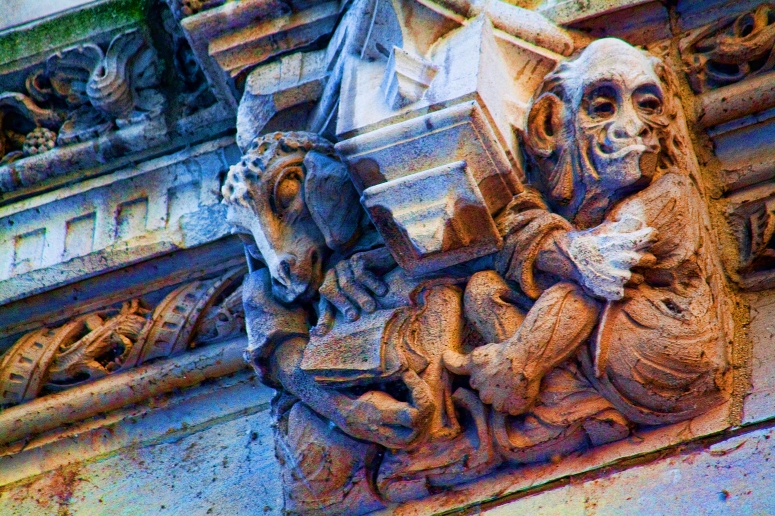 The Chicago Tribune Building completed in 1925 is adorned with gargoyles and grotesques designed by American sculptor Rene Paul Chambellan.

One thing I love to do when I go home for a visit is to walk around the city. I always find something new and unique to photograph.

For a city as old as Boston, it can be magical in broad daylight.

You see them everywhere. Silent faces staring out at you. It almost feels as if their eyes follow you as you move. Are they keeping watch or hiding secrets ? Perhaps we will never know. 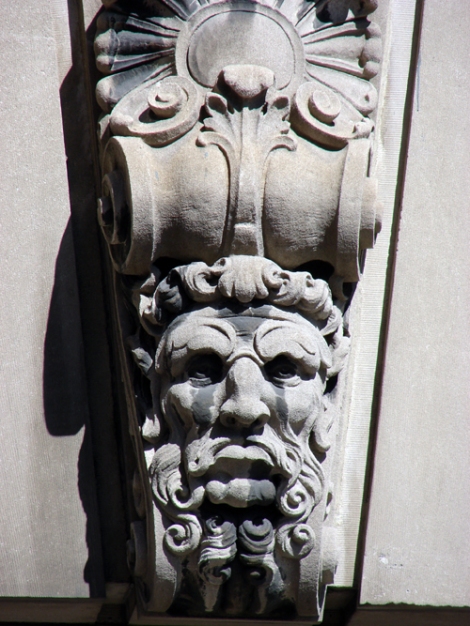 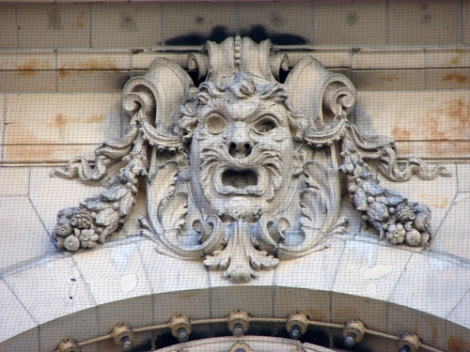 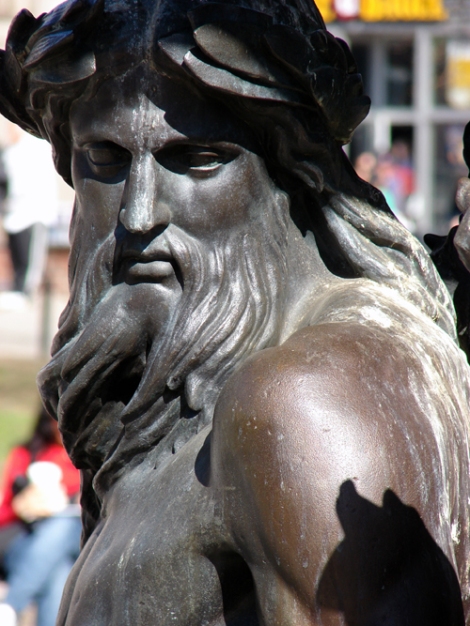 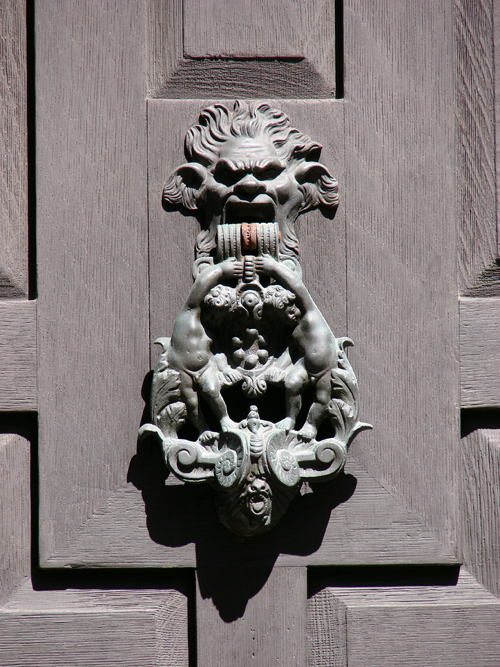 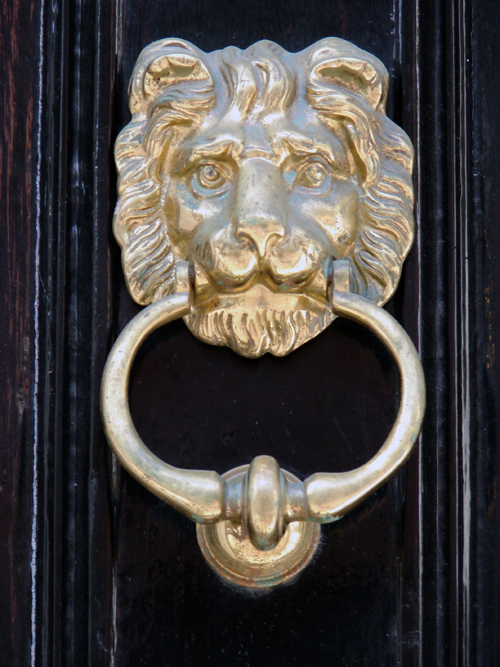